Watson Martial Arts was honored to have two competitors featured on the second installment of the Respect professional grappling event.  The idea behind this show is to bring some of the best competitors from around the world to compete in individual superfights.  The Respect 2 card was streamed live on Budo Videos and boasted 8 black belt matches and several blue, purple and brown belt bouts as well.  The show presented an intriguing blend of  legends of the sport like Megaton Dias and Chris Haueter as well as top level modern BJJ practitioners like Gianni Grippo.

Our leader and Watson Martial Arts owner, Kyle Watson was matched against another “TUF” veteran, Roli Delgado. Kyle played a cautious game, respecting his opponent’s dangerous leglock arsenal, and in the end came out victorious on points.  Josh McKinney, another standout competitor from Watson Martial Arts also competed on the card at purple belt. He faced a game opponent in Zac Freeman who has experienced quite a bit of local notoriety for his MMA success. Josh won on points and secured the second Watson Martial Arts victory of the night. 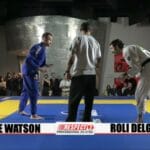 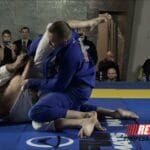 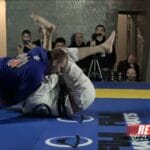 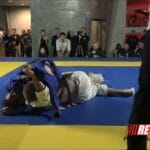 Prior to his match Kyle had the privilege of training with his coach Megaton Dias (whom gave Kyle his black belt), as well as friends of the academy Nick Reding and 3rd degree black belt Jared Weiner.